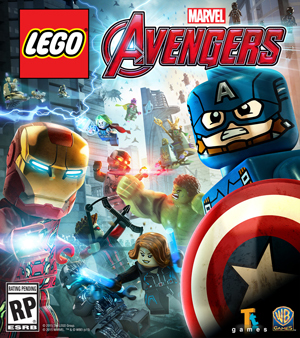 LEGO Marvel's Avengers is a LEGO Adaptation Game based on The Avengers, with a particular emphasis on their depiction in the Marvel Cinematic Universe (although elements from the comics and other adaptations are also included). It has levels based on The Avengers, Avengers: Age of Ultron, Captain America: The First Avenger, Iron Man 3, Thor: The Dark World, and Captain America: The Winter Soldier, with levels based on Ant-Man and Agents of S.H.I.E.L.D., plus Marvel Comics characters that at the time would soon be adapted into the MCU, added as Downloadable Content.
Advertisement:

It is the second LEGO Adaptation Game based on Marvel's superhero properties, but is separate from LEGO Marvel Super Heroes, which was based on the Marvel Universe more broadly.

Not to be confused with Marvel's Avengers.