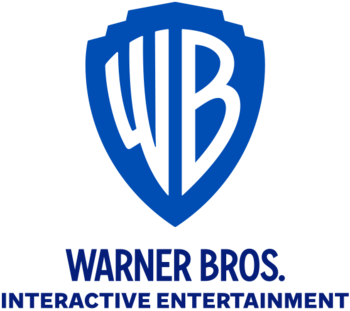 The company's roots date back to 1993, when Warner Bros. parent Time Warner (now WarnerMedia) formed Time Warner Interactive to primarily publish home console ports of games developed by Atari Games (the former arcade division of Atari, Inc.), which Time Warner had a minority interest in for years before selling off the unit to Midway Games in 1996. In the process, Warner Bros. formed WBIE to serve as a licensor for games based off their properties, and operated separately from Time Warner Interactive.

In the early 2000s, after many years of serving as a licensor, WBIE opted to jump into full-time video game publishing, and in 2004 the studio purchased Monolith Productions, their first of what would be many acquisitions of game studios to come. The acquistion allowed Monolith to develop The Matrix Online, WB's first game publication (with Sega). They would eventually go on to acquire Traveller's Tales in 2007, taking their lucrative LEGO game franchise with them. Despite these acquistions, the studio continued to mostly publish games based off their properties, instead of creating their own dedicated game franchises.

That all changed in 2009, when WB shocked much of the video game world and announced it had won a bid to acquire most of the in-house assets of the bankrupt Midway Games, including their flagship cash cow Mortal Kombat and their prestigious back catalog of arcade games including Rampage and Gauntlet, as well as Williams Electronics' arcade archives and the aforementioned Atari Games library, marking a reunion of sorts for that back catalog. With a strong slate of video game properties now under WB's wing, WBIE started to be taken seriously as a player in the game industry.

Today, WBIE is one of the most successful mid-size video game publishers in the industry, ranking third in terms of mid-size publisher market share in 2013 behind Capcom and Konami. WBIE continues to serve as a licensor for its movie properties to other game developers.

Video games published by this company with TV Tropes pages: