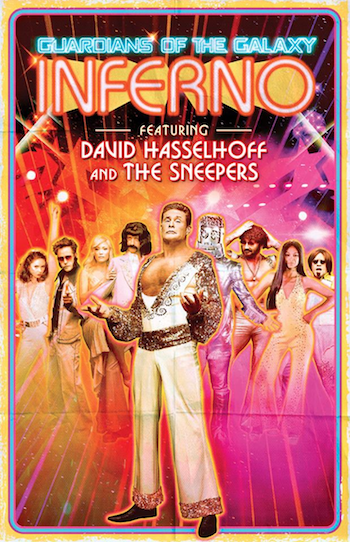 "Guardians Inferno" is a disco cover of Tyler Bates' Guardians of the Galaxy theme, with lyrics written by James Gunn, and performed by David Hasselhoff and "The Sneepers". It plays during the end credits of Guardians of the Galaxy Vol. 2 (after "Surrender" and "Flashlight"), and also closes the soundtrack Awesome Mix, Vol. 2. In August 2017, Marvel shared a music video

for the song both online, and on the GotG Vol. 2 home media releases.