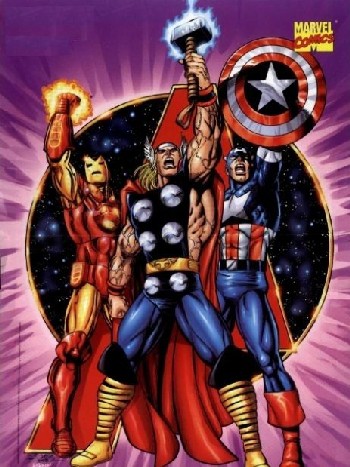 The Avengers' leaders: Iron Man, Thor and Captain America. Not pictured: everyone else.
"Nick Fury, Director of S.H.I.E.L.D. I'm here to talk to you about the Avengers Initiative."
— Nick Fury, Iron Man
Advertisement:

The Avengers is a long-standing franchise of Marvel Comics, featuring many of the Marvel Universe's most important superheroes.

Not to be confused with the 1960 British Spy Fiction series The Avengers (1960s).