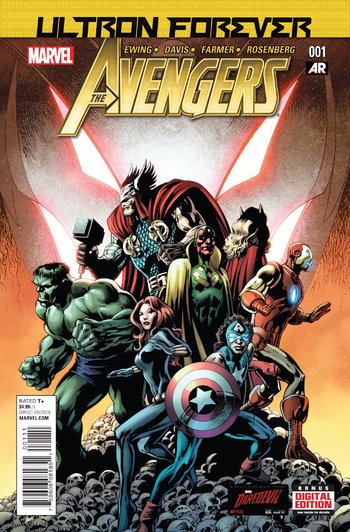 Ultron Forever is a 2015 Marvel comic book written by Al Ewing and drawn by Alan Davis.

In the far future, Ultron has won. The mad machine has killed his enemies, conquered the galaxy and enslaved mankind. Now, factories belch forward endless numbers of Ultron drones, while what little remains of humanity exists as nothing more than puppets to Ultron's will. God bless Ultron-America.

But not all hope is lost, as one man summons together a team of heroes from across time, Avengers from past, present and future, to fight a foe none of them could face alone. And that man... is Doom.