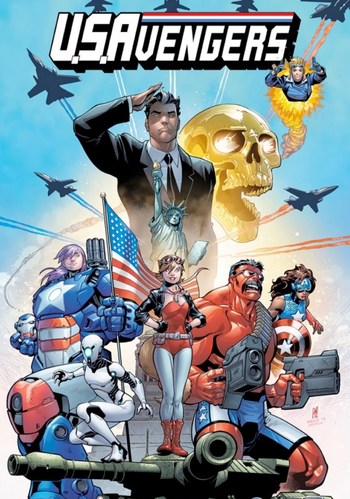 U.S.Avengers is a 2017 comic book published by Marvel Comics, as part of the Marvel NOW! wave of titles. It's written by Al Ewing and drawn by Paco Medina, serving as a relaunch of the former's previous run of New Avengers.

With the Avengers Idea Mechanics torn after the events of Avengers Standoff and Civil War II, billionaire superhero Sunspot —now going by the alias Citizen V— takes it upon himself to rebrand A.I.M. as the American Intelligence Mechanics, now working alongside S.H.I.E.L.D. to better serve the interests of a distrusting American people and win back their trust.