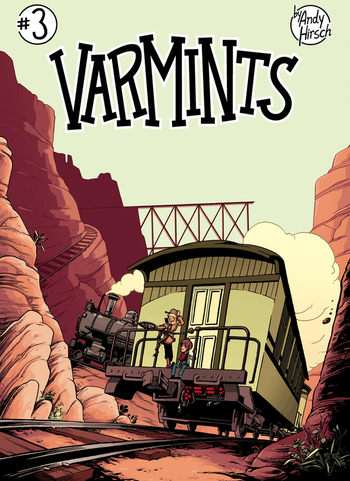 Varmints is a Wild West comic by Andy Hirsch.
Advertisement:

Opie and Ned are a couple of children who watched their mother get shot and killed. Not content to simply let the culprit get away with their crime, they begin their quest to track him down and make him pay. Along the way, they get into all kinds of crazy situations.

The comic was released in October of 2011.