Run the Mission, Don't Get Seen, Save the World.

The Secret Avengers is an Avengers spinoff featuring a black-ops oriented team of Avengers in the Marvel Universe which started in the "Heroic Age". Originally led by Commander Steve Rogers, who was placed in charge of America's superheroes after the deposition of a drunk-with-power Norman Osborn, the comic deals with the Secret Avengers' "off-the-grid" operations as they seek to protect the world from threats before they reach public attention.

As part of Marvel NOW!, the title was relaunched in April 2013, with Nick Spencer (Morning Glories) writing and Luke Ross on art. The new volume focuses on S.H.I.E.L.D. creating its own team of Avengers, starring Nick Fury Jr, Phil Coulson, Daisy Johnson / Quake (director) and Maria Hill (acting director) with a team of Avengers consisting of Hawkeye, Black Widow, Mockingbird, and Hulk who are sent on missions so secret that even they can't know what they've done, requiring them to submit to a mindwipe afterward. The series lasted for 16 issues (April, 2013-April, 2014)

The title was relaunched again in May 2014 as part of All New Marvel NOW! with the creative team of Ales Kot and Michael Walsh. Similar to the previous volume, S.H.I.E.L.D. Director Maria Hill has assembled a black ops team with the cooperation of the Avengers for missions too murky for the Avengers to publicly be involved with. The team consists of Agents Nick Fury Jr, Phil Coulson, and Avengers Hawkeye, Black Widow, and Spider-Woman. However, Maria has also hired M.O.D.O.K., which the rest of the team is unaware of.

"Secret Avengers" was also Captain America's resistance team during Civil War, who fought against Iron Man's initiative for Superhuman Registration Act. But that's excluded in this page. Go to Civil War page and see if you can find anything about them. 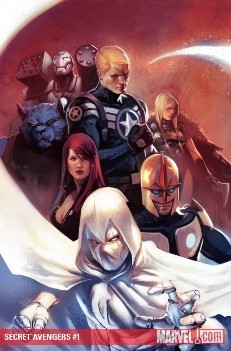 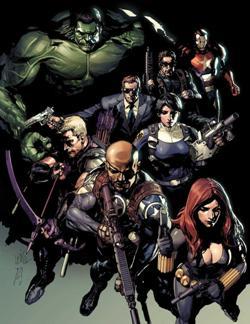 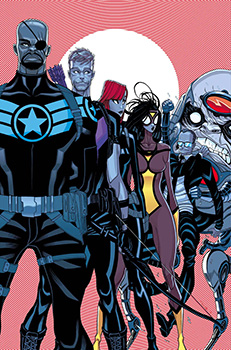