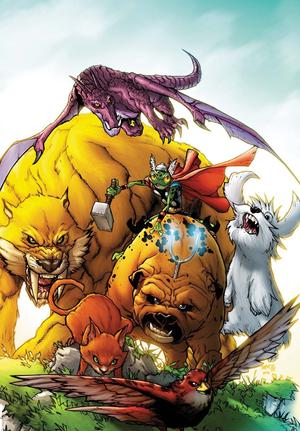 The Pet Avengers are a Marvel Comics superhero team who have appeared in occasional miniseries.

The team roster, drawn from the pets and animal companions of the Marvel Universe's human superheroes, includes:

The Pet Avengers have appeared in: