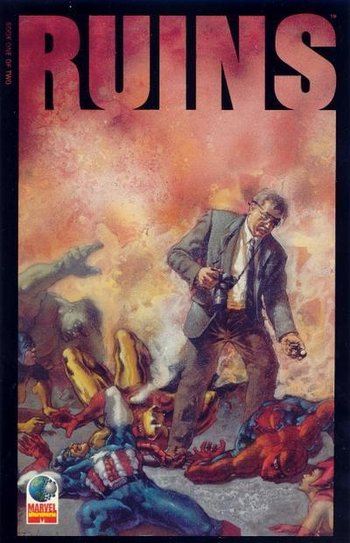 "Anything that can go wrong, will go wrong."
- Finagle's Law
Advertisement:

A two-issue miniseries parody of Marvels written by Warren Ellis that shows a version of the Marvel Universe where everything that could go wrong has gone wrong.

As in Marvels, the central character of this story is Daily Bugle reporter Philip Sheldon, who can't shake the feeling that everything in the world is wrong and tries to gather as many interviews and information as he can so he can publish a book before he dies.