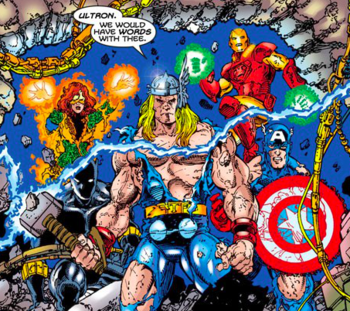 And Ultron will also have words with thee!
Awesome moments in The Avengers comics. See here for the 2012 Marvel Cinematic Universe movie.
Advertisement: