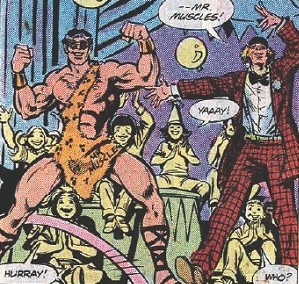 Not exactly Wonder Man's finest hour. Yes, he's the one at the left. And no, he's not being mind-controlled: he's just short of money, and took the only job he could get
Advertisement: