The comic book began in the aftermath of Civil War, and it was composed of the Avengers that supported the Registration act. They fought against Ultron, an army of Venoms, Doctor Doom, and on occasion, their fellow Avengers. This team was disbanded after the Secret Invasion and the beginning of the Dark Reign. The New Avengers were around as well, running away from the law.

After Secret Invasion, the title underwent a revamp, going from being written by Brian Bendis to Dan Slott, and venturing into more "traditional" super-hero fare. This team was led by Henry Pym. The New Avengers were still on the loose and the new government sponsored Avengers were the Dark Avengers, Pym's team had an international approach instead, forming in the wake of an international magical crisis. They lasted until the end of the series, where they disbanded. The series altogether lasted for 36 issues (May, 2007-June, 2010)

The second volume, written by Al Ewing, revolved around an entirely new team formed during Infinity, and lead by Luke Cage and it included among its cast Monica Rambeau, White Tiger (Ava Ayala), Power Man (Victor Alvarez), The Falcon, and She-Hulk. During AXIS it was relaunched and rebranded into Captain America and the Mighty Avengers, though it still contained the same characters and plot as before. The title lasted only ten issues before being softly cancelled in the build-up to Secret Wars. During Secret Wars, Ewing wrote a two issue mini-series, Captain Britain and the Mighty Defenders, which had similar characters and themes. Ewing has since brought Blue Marvel and Monica Rambeau over to the Ultimates series, while White Tiger and Power Man reappeared in New Avengers. 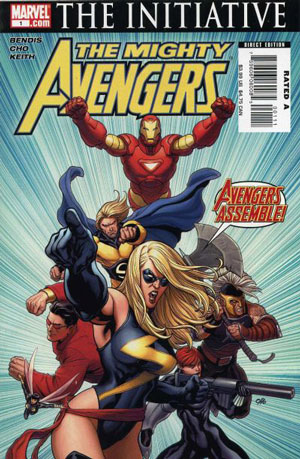 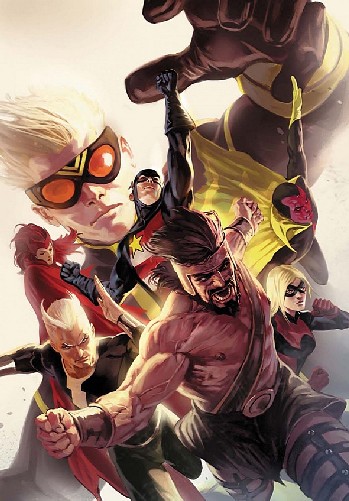