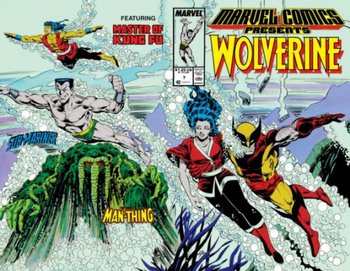 An Anthology Comic set in Marvel Universe which featured four tales in each issue note (with few exceptions being some of the quarter-annual specials).

Marvel Comics Presents was the series in which Wolverine's origin as Weapon X was first told, serialized in issues 72-84.