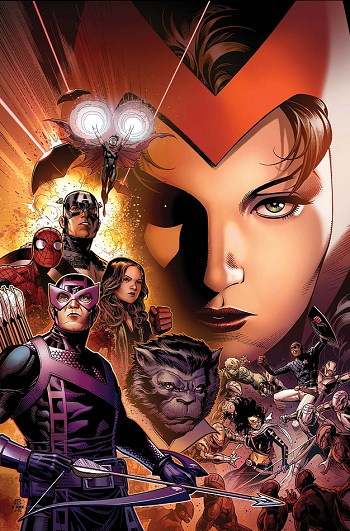 Avengers: The Children's Crusade is a Marvel Comics miniseries starring the Young Avengers, featuring The Avengers, the X-Men, and the return of the Scarlet Witch. The miniseries is written by Allan Heinberg and illustrated by Jim Cheung.

The "Children" are the Young Avengers, a group created after House of M and the Scarlet Witch's disappearance, with two members (Wiccan and Speed) who may be her lost children. They want to find their mother and use her to restore the damage she created with her declaration of "No more mutants", but they are not the only ones on her tail: Magneto (her father), Quicksilver (her brother) and Wonder Man (her lover) want to find her as well. The Avengers want to find her, but to kill her: as far as they're concerned, she's Too Powerful to Live. As she had decimated the mutant race, the X-Men are also not feeling too friendly toward her.