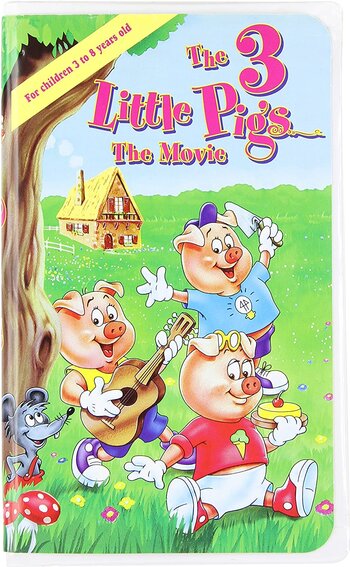 From left to right: Felix the mouse, Beemo, Wally (red shirt), and Feeno (blue shirt)
The 3 Little Pigs: The Movie, is an Canadian-Belgian animated feature length musical adaptation of The Three Little Pigs, released in 1995, then dubbed into other languages & released in other counties in 1996 onwards.
Advertisement:

The 3 Little Pigs: The Movie provides examples of: