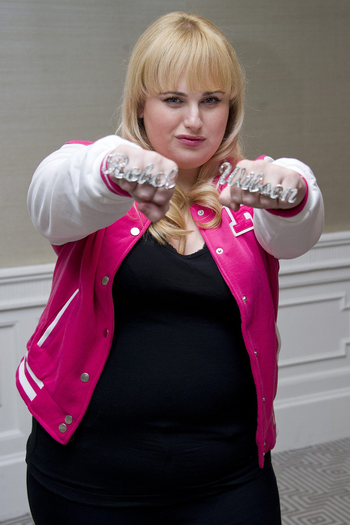 She began appearing as Toula in the SBS comedy series Pizza from 2003 and sketch comedy series The Wedge. In 2008, she wrote, produced and starred in the musical comedy series Bogan Pride. The following year, she won the Tropfest Best Actress award for her role in Bargain and made a guest appearance in City Homicide. Shortly after moving to the United States, Wilson was cast as Brynn in the feature film Bridesmaids.

She also appeared in A Few Best Men, What to Expect When You're Expecting and Struck By Lightning. Wilson also appeared as Becky in Bachelorette and starred in musical-comedy Pitch Perfect, where her role as Fat Amy earned her several award nominations and two sequels. She also created and starred in Super Fun Night on the ABC network for one season.

Tropes associated with her work