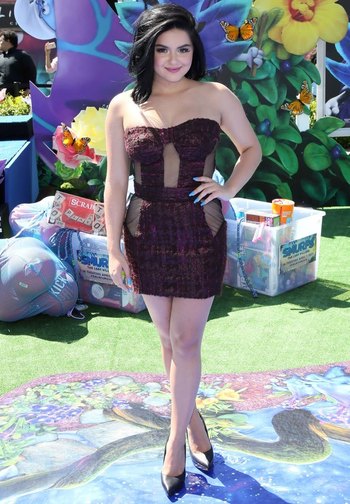 Ariel Winter (born Ariel Winter Workman, January 28, 1998 in Los Angeles, California) is an American actor and singer. She is best known for her role as Alex Dunphy in the ABC sitcom series Modern Family, for which she won a Screen Actors Guild Award for Best Ensemble in a Comedy Series, along with the rest of the show's cast. In 2011, Winter landed the voice of Marina the Mermaid on the Disney Junior animated series Jake and the Never Land Pirates; in 2013 she graduated to voicing the title character on Sofia the First.

She is the younger sister of Shanelle Workman and Jimmy Workman.

Tropes in her roles include: