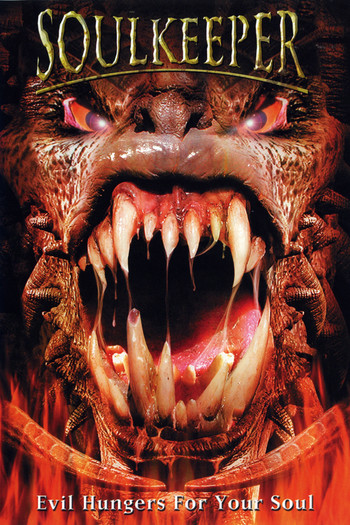 Soulkeeper is a horror comedy film that premiered October 13, 2001 on the Sci Fi Channel, as one of their original movies.

After stealing Abraham Lincoln's stovepipe hat from a Civil War reenactment and then being subsequently dumped by their unseen boss "Mr M", two thieves (or "acquisition specialists"), Corey Mahoney (Rodney Rowland) and Terrence Christian (Kevin Patrick Walls), are at a loss till they are hired by the mysterious Pascal (Brad Dourif). His proposition is for them to acquire the Rock of Lazarus, an ancient relic capable of returning souls back to Earth. In return for this, he guarantees $10000 up front and $100,000 when the job's done. However, troubles soon arise as they encounter demons and Simon Magus, an evil sorcerer believing he is the son of God. Hilarity Ensues.