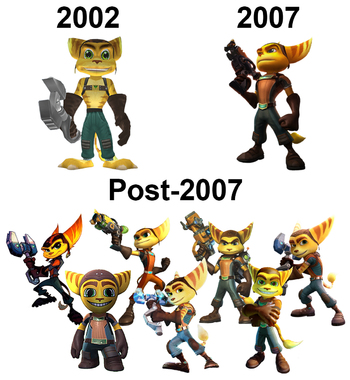 Many times, a character will modify or change their Iconic Outfit. Whether it's because of the natural passing of time, they need a specific type of clothing for a specific environment, or because the creators just wanted to try something different. This trope is for when a character's outfit in a sequel ends up overshadowing the original in popular culture.