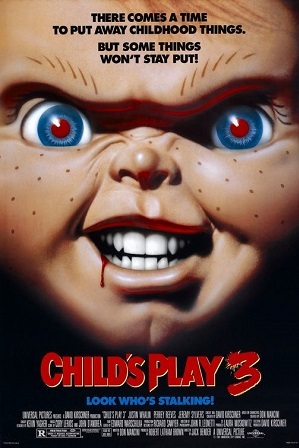 The third film of the Child's Play series.

Andy Barclay (Justin Whalin) is now 16 years old. He has apparently lost contact with Kyle and has been through several foster homes. He failed to adapt and is currently attending a Military School. He becomes enemies with Lieutenant Colonel Brett C. Shelton (Travis Fine), a high-ranking cadet who is notorious for bullying weaker recruits, while developing an attraction to female student Kristen De Silva (Perrey Reeves). Meanwhile, the old "Good Guy" doll line is being revived for a new generation. Charles Lee Ray immediately possesses one and goes in search of Andy again, which spells doom for the military school.