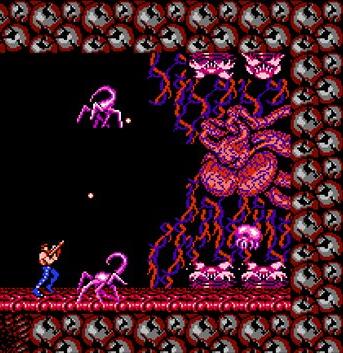 To be visceral, that is the heart of evil.
"The fear of blood tends to create fear for the flesh."
— Silent Hill
Advertisement:

There is something about organic material, especially viscera, being arranged in a grotesque eldritch fashion that is just not right and inherently disturbing/pain-inducing. That makes organic material — internal organs in particular — a favorite representation of evil. There are also things that evil forces make organic, or organic-looking, that really shouldn't be. The usual purpose of this is to Squick people as much as possible.

This trope also covers instances where the mere suggestion that something is like an organic thing — for example, something pulsating as if it was a heart — is supposed to indicate evil.

Examples which do not fit neatly into the above:

Our ships (or mecha or...) look like bricks. Their ships that look like... some sort of Eldritch Abomination...

Aliens look like a cross between a bug and a tree or something...