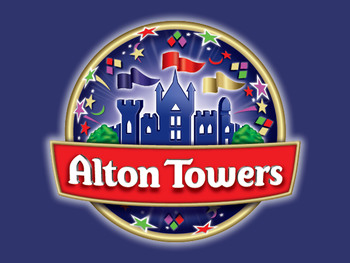 Alton Towers is a theme park located in Staffordshire, England. It is often voted the most popular theme park in Britain, just above Blackpool Pleasure Beach, and is one of the country's leading attractions. Like its sister parks Thorpe Park and Chessington World of Adventures it is currently being run by Merlin Entertainments Ltd., and caters for the family market, edging on thrills and fun. The park's notability escalated in the 1990s thanks to John Wardley, ride concept designer for Tussauds and now Merlin's creative consultant, who revolutionized the British theme park industry from the late 1980s to the early 2000s and developed part of the park through theatrical brilliance.

Aside from the obvious rides, rollercoasters, and attractions, Alton Towers have the wonderful ability to show off the aging but beautiful Towers complex complete with the utterly gorgeous gardens. The Towers ruins themselves are Gothic and reflective of the 1800s, as well as notable for hauntings and strange sightings.

The park is noted for its "World First" rollercoasters:

Other notable rides include:

Tropes used by Alton Towers include: