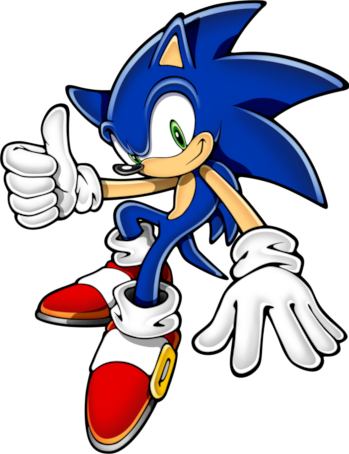 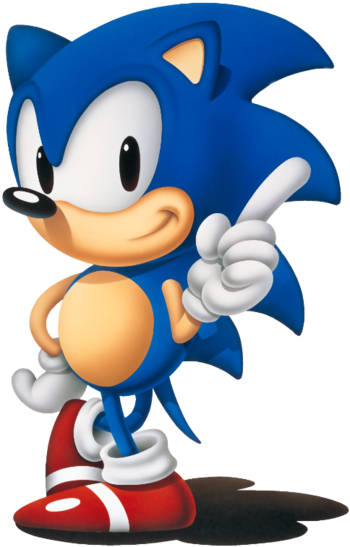 "What you see is what you get, just a guy that loves adventure. I'm Sonic the Hedgehog!"

The main character of the franchise. A blue anthropomorphic hedgehog with attitude and plenty of personality who lives up to his name by being able to run at superhuman speeds. Not much is known about Sonic's past aside from that he was born on Christmas Island. One day on South Island, he noticed all of his animal buddies began disappearing and the culprit was none other than Dr. Eggman. After foiling the doc's plans, Sonic would then make it his business to do in whatever Evil Plan the doc cooked up, establishing their long rivalry. Over time, Sonic has faced bigger and larger threats alike while making a whole slew of allies along the way.

Sonic is described as like the wind; unpredictable, and always moving from place to place and never settling down for long. Laid-back, carefree, and armed with a wit as sharp as his quills with an ego to match. He also has a compassionate side and deep down, a heart of gold that always wishes the best for others.