Film / Poltergeist II: The Other Side 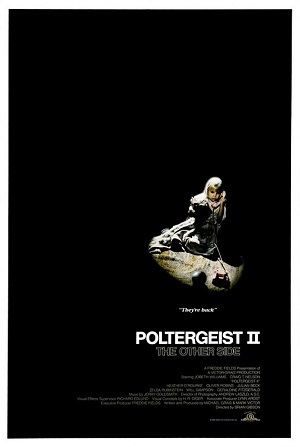 Following the destruction of their house that happened at the end of the first film, the Freeling family (sans eldest daughter Dana) have moved in with Diane's mother in Arizona. Soon they are being haunted by the supernatural again. The people who were buried under the Freelings' former home and whose spirits haunted the in the first film, turn out to have been led to their deaths by an evil minister, Reverend Kane. Now Kane's evil spirit has found the Freelings again and is still trying to take Carol Anne away.

Poltergeist II: The Other Side provides examples of: