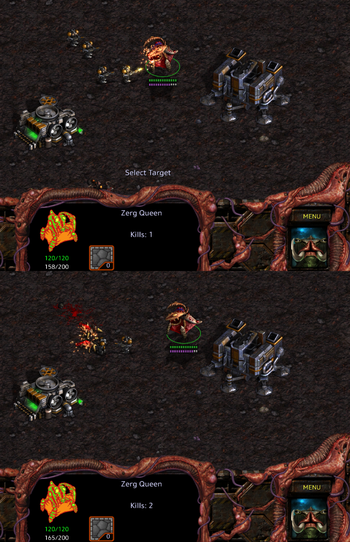 What happens when Enemy Summoner meets Chest Burster? A villain that has the ability not only to kill a character but also to generate allies.

This is distinguishable from The Virus in that the Spawn Brooder is not spreading itself, and from Face Full of Alien Wing-Wong in that it is an ability that takes a much shorter amount of time and is generally not considered that sort of attack. See also Flunky Boss, who might use this as an attack, Baleful Polymorph, and The Punishment. Contrast Weaponized Offspring which is about attacking or creating allies by giving birth; this trope is about attacking or creating allies by making the enemy give birth.