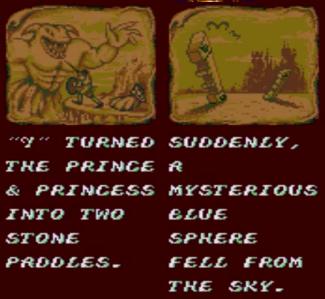 Bad Omen (a.k.a. Devilish in the USA; no relation to the book of the same name) is a very interesting take on the Breakout Clone genre, on the Sega Mega Drive/Genesis. The player controls two different paddles (or each player controls one paddle), one of which can change height and orientation.