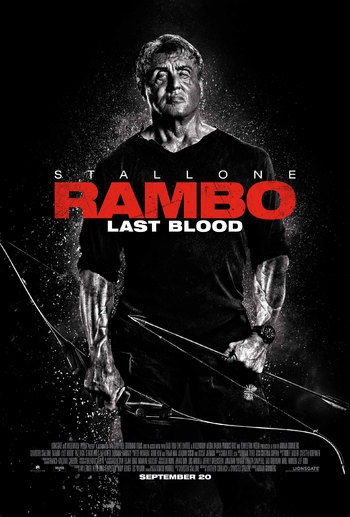 "I want them to know that death is coming, and there is nothing they can do to stop it."
Maria: You cannot blame yourself because you going to save some people. You are not in the war anymore. Only in your head.
Rambo: It’s hard to turn off.
Advertisement:

Rambo: Last Blood is the fifth film in the Rambo franchise, directed by Adrian Grunberg (director of Get the Gringo and second unit director on Narcos). Sylvester Stallone returns in his iconic role and shares writer credits with Matthew Cirulnick (Absentia).

The film was released on September 20, 2019 in the US and a day earlier in some countries.

"I've lived in a world of death. I tried to come home, but I never really arrived. A part of my mind and soul got lost along the way, but my heart was still here, where I was born, where I would defend to the end the only family I've ever known, the only home I've ever known. All the ones I've loved are now ghosts. But I will fight to keep their memory alive forever."