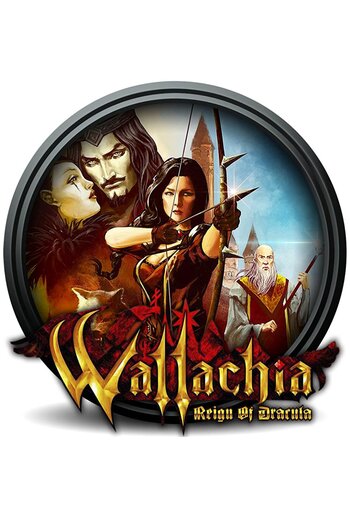 Wallachia: Reign Of Dracula is an Action Platform Game by Migami Games.

It's the mid-to-late-15th century, and a young girl named Elcin Floarea is living a quiet, content life with her mother, her father, and her brother. However, all that is ripped from her one day when her parents are slaughtered by the forces of Prince Dracula, who also kidnaps her brother. Taken in by a kindly man named Christian Rosenkreuz and his wolf Silviu, Elcin wants nothing more than to end Dracula's existence, and rescue her brother.

She gets her chance in 1462, when Mehmed orders Dracula's head be delivered to him. First he just sends Radu, Konstantin, and Christian. However, after some cajoling, he allows Elcin to go along as well. So, Elcin begins her quest to rescue her brother, and kill the man who orphaned her.