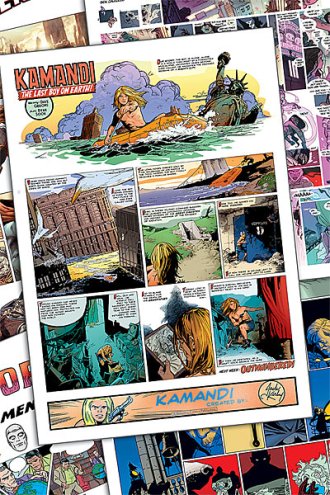 Wednesday Comics is a weekly anthology comic published by DC Comics in 2009. Following other weekly series such as 52, Countdown to Final Crisis, and Trinity, DC decided to take a new approach to a weekly series. Or, rather, an old approach.

This series is a deliberate homage to old style Silver Age stories done in a 14-by-20-inch broadsheet format, like Sunday newspaper comics. Each page is different, with a continuing story, some showing the superheroes as their classic selves, others completely reimagining them.