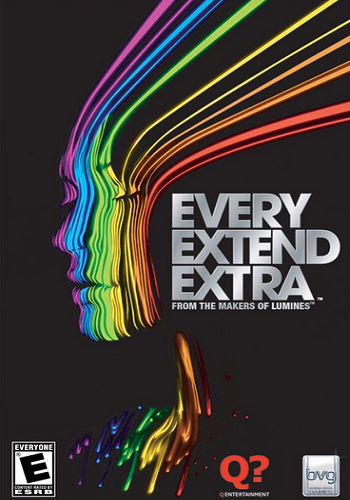 Every Extend is a series of games, originally developed as a Doujin Game by Omega and later fleshed out into a commercial game series by Q Entertainment.

The series plays somewhat like a Shoot 'Em Up: You move around a 2D plane dodging enemies and enemy shots. However, your sole means of offense is blowing yourself up. When you blow yourself up, enemies caught in the blast will explode similarly, causing a chain of enemy explosions if done properly.

Of course, exploding costs you a life, so you get very frequent extra lives ("extends" in Japanese shmup terminology), hence the title "Every Extend".

The Every Extend series contains examples of:

Time Up! GAME OVER!