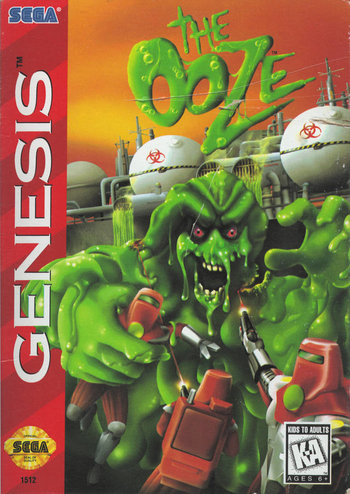 A 1995 game by Sega for the Sega Genesis in which the player assumes the role of a scientist named Dr. Daniel Caine. After he discovers a plot by his employers to release a deadly plague onto the world and make millions of dollars from the antidote, they capture him. They inject toxic waste directly into his veins, causing him to dissolve into a green ooze which sinks down the drain. He wakes up as a sentient puddle of glowing green ooze with a human head in the middle and an extendable arm. Understandably angry, Dr. Caine seeks revenge against his employers and plans to stop them before they release the plague.