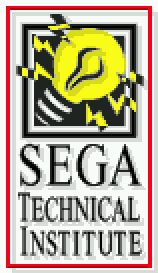 Sega Technical Institute was an American video game developer active during the '90s, founded by Mark Cerny. It was an off-shoot of Sega, but unlike its corporate parent, it was based in the U.S. Though it was a critically acclaimed studio, it was merged back into Sega of America following corporate shake-ups in the wake of the very Troubled Production of Sonic X-treme.

Here is a documentary about the short-lived studio

, and an article about it.

Games developed by STI Note (STI is occasionally incorrectly credited for Sonic 3 & Knuckles. The title was actually developed entirely by Sonic Team, but done in the STI headquarters):