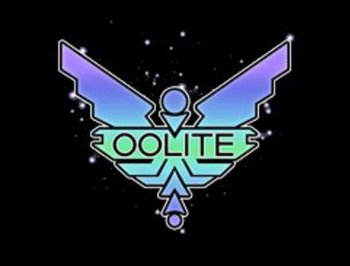 is a fan-made open-source remake of the famous Wide-Open Sandbox space trading game Elite, first released in the early 2000s. It has been under constant development since then, with new versions released every few months. It is unusal in that both the game itself and the established backstory and canon are mainly fan-generated; the game is designed to be easy to modify and expand, and literally hundreds of 'Oolite Expansion Packs' (or 'OXPs') can be found on the site's wiki, which do everything from change the graphics slightly to add entirely new ships, stations, missions, AI types, gameplay elements, etc. The vast majority of them have been incorporated into the game's official canon, combining with the original Elite backstory to create a rich and expansive sci-fi universe that is constantly growing and changing.

is large, friendly, and open, and has produced a considerable amount of extremely good Fan Fiction, some of which is so popular it's actually available in hardcopy (sold at cost to avoid potential legal problems).

The game is very similar to its predecessor Elite in feel, look, and gameplay (this was, in fact, the entire point of the project), and many of the tropes which apply to Elite apply to it as well.