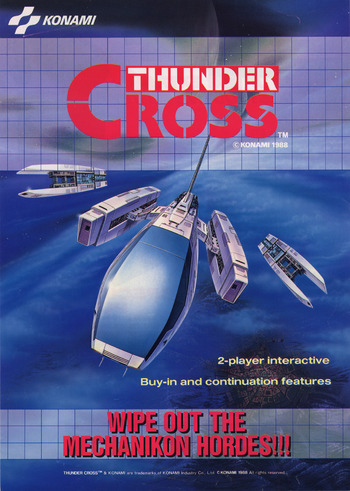 The planet Haniamu IV is under attack from a relentless, unknown military force known only as Black Inpulse. Humanity sends the Blue Thunder M-45 and its earlier make the Red Thunder M-24 to take care of them.

The original Thunder Cross and its sequel provides the following examples: