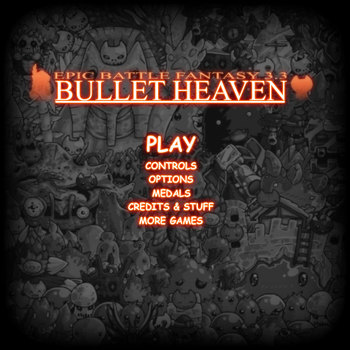 One of three spin-off games of the Epic Battle Fantasy series, a Touhou Project-inspired Bullet Hell Shoot 'em Up. The sequel, Bullet Heaven 2, has its separate trope page.

You can play it at Kongregate here

or on Newgrounds here

. On May 30, 2022, an enhanced version was included as part of the Epic Battle Fantasy Collection on Steam, available for purchase here