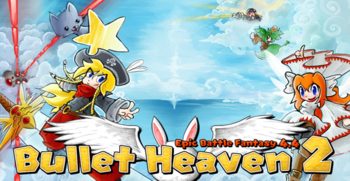 The sequel to Bullet Heaven, both of which are spinoffs to the Epic Battle Fantasy series.

. You can also play it for free at Kongregate (here

) or on Newgrounds (here