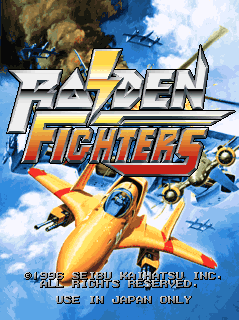 It took a full decade after the release of Raiden Fighters Jet for any of the games to be ported to a home video game console. Raiden Fighters Aces was released in 2008 by Success for the Xbox 360, complete with online leaderboards and player achievements. All three games in the series (along with the original Raiden) are also part of the Raiden Legacy collection for PC, available via Desura, Steam and GOG.com.