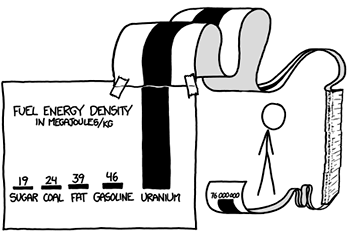 "Woah, these readings are off the chart! Fortunately, I have a bigger chart."
— Tails, Sonic Boom
Advertisement:

Where a pie chart, line graph, or a bar graph has lines or bars shooting completely off the chart itself. Prevalent in cartoons and animation to imply either a severe rise in something or a severe drop in something (such as profits), that is severe enough that it goes through the ceiling or through the floor.

Refers specifically to when a chart runs out of space for data and the indicator for said data goes off the medium the chart is printed on, not the euphemism of the same name, although, depending on the context, it may count as well.

A sister trope of Readings Are Off the Scale.