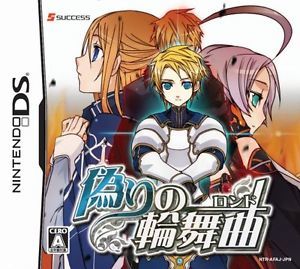 A 2008 Strategy RPG for the Nintendo DS, developed by Success and localized by Atlus. During an attack on the city of Bretwalde by an invading army from the Grand Meir Empire, Prince Serdic was mortally wounded, so he had his body double take his place and save the kingdom in his stead. The new "Serdic" leads the few remaining soldiers of Bretwalde in a campaign to recapture their homeland and to drive off the Grand Meir. Along the way, Serdic and his company manage to recruit a variety of different people to help him, including stars from other Success games such as Izuna and Cotton.

Aside from being a legitimately difficult tactics game, it also stands out for its combat system. Whereas most other tactical RPGs require you to move next to an enemy and then attack, Rondo of Sword's method of attacking requires you to move through your enemies, where they attack upon contact. Running through your own allies sometimes give stat boosts depending on what abilities they have, and enemies have a chance of countering your attacks, thus stopping your advance and usually leaving your character in decidedly unfortunate situations.

Tropes present in Rondo of Swords: