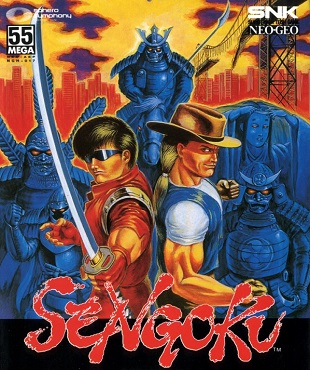 Sengoku (not to be confused with the 4X strategy game of the same name.) is a series of Beat 'em Up created by SNK for the Neo Geo, all of which features the protagonist fighting against the demonic forces of a mystical warlord seeking to invade Earth. It consists of the following games:
Advertisement:

A Compilation Rerelease titled Sengoku Anthology was released in 2008 for the PC and PS2, exclusively to European territories.

Tropes that appear in the series