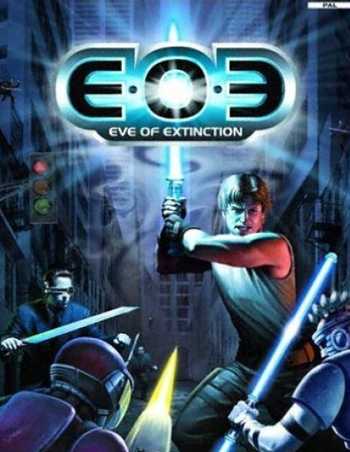 A Beat 'em Up game published in early 2002 on the PlayStation 2. The main gimmick was the ability to switch weapons mid-combo.
Advertisement:

The story concerns a young man named Josh Calloway, whose girlfriend Eliel is transformed into a type of weapon known as a "Legacy". As a result he turns on his former employers, the Wisdom Corporation, and goes after his former boss Agla in order to recover a chip which will reverse the process.

No relation to End of Evangelion.