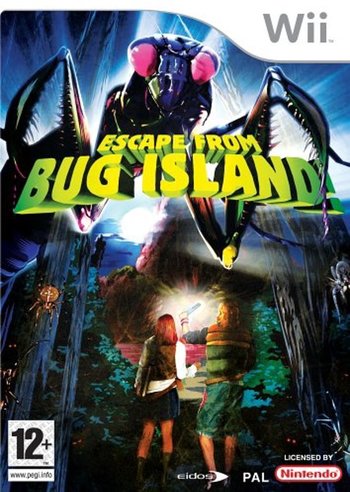 Escape From Bug Island (Necro-Nesia in Japan) is a Survival Horror game made for the Nintendo Wii.

The player takes control of Ray, who is traveling on an island with his two friends. Both friends go missing and Ray must search for them, quickly discovering the island is filled with giant dangerous mutated bugs and creatures.