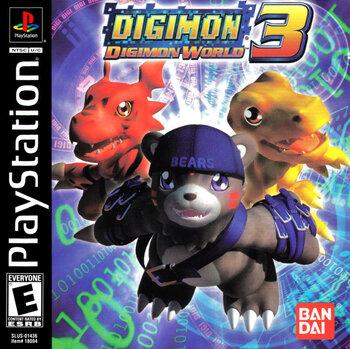 It was released late into the Playstation 1 life cycle.

You play as a child called Junior who enters an online virtual reality MMORPG called "Digimon Online", which is run by the "MAGAMI" corporation. A terrorist attack on the Internet (Or so it seems) traps Junior and his friends inside the game, and he sets out to stop them with his Digimon partners. The core gameplay is similar to Pokémon, while the game graphics push the limitations of Playstation 1 hardware as it features beautiful pre-rendered 2D overworld and decent 3D animations during battle.