A Ring Menu (also known as a radial menu or a pie menu) is an interface element where a list of possible actions are displayed in a ring or circle, often centered around a character.

This type of menu is navigated in two general methods:

A practical upshot of this format is that it can hide the fact that not all options are yet available to the player, since removing one option will not leave an empty space behind. The second type also has the advantage of being quicker than a traditional menu, sometimes quick enough to be accessed without having to pause the actual gameplay in progress. 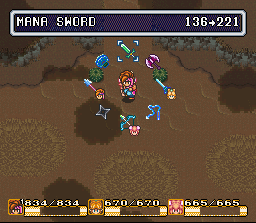 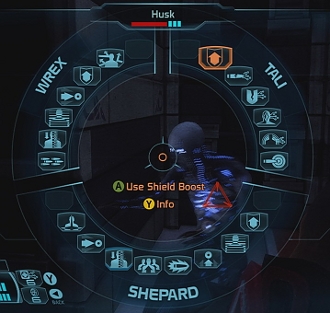