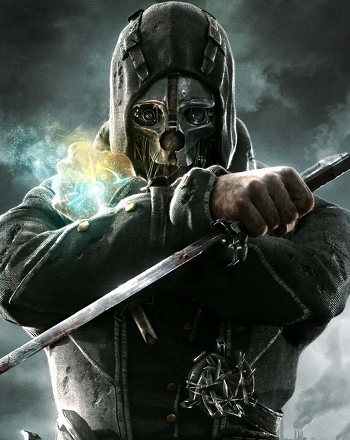 Revenge Solves Everything
"My dear Corvo. What a sad hand fate has dealt you. The beloved Empress dead and everyone thinks you're the killer. But we know what really happened, don't we? You don't want to end your life to the sound of idiots cheering as your head hits the muck, do you? Let's see if we can do better."
— The Outsider
Advertisement:

is a first-person stealth-based game/immersive sim developed by Arkane Studios. It is the first entry in the eponymous series. It is set in an alternate world resembling Steampunk Victorian London, with gameplay resembling a mix of Thief, Deus Ex, BioShock, and The Chronicles of Riddick: Escape from Butcher Bay with an artstyle done by Half-Life 2's art director.

You play as Corvo Attano, the bodyguard to the Empress of the Isles, who has just returned from a diplomatic mission to neighboring countries, seeking help in dealing with the city of Dunwall's ongoing epidemic of a deadly, rat-borne plague. Unfortunately, the Empress is killed by unidentified assassins at the beginning of the game, while Corvo is framed by the corrupt Royal Spymaster Hiram Burrows, who captures the Empress' young daughter Emily and installs himself as Lord Regent. Six months later, on the eve of Corvo's execution, a group of loyalists opposing the new Lord Regent arranges for his escape, while a mysterious being called "the Outsider" visits him in his dreams to grant Corvo supernatural powers. With his newfound freedom and powers, Corvo dons a horrific mask designed to strike terror into Lord Regent and his cronies and carves a path of terror through Dunwall. His actions, whether merciful or bloodthirsty, will decide his path — and the fate of all who live within the city.

Released in North America on October 9, 2012 on PC, Xbox 360 and Playstation 3. The UK and Australian release dates were October 12 and 11, respectively. In 2016, as a prelude to the game's sequel, Dishonored: Definitive Edition an updated port on Playstation 4 and Xbox One was released.

A Game of the Year Edition was released in October 2013, containing all four of the DLC packs. Just like the original release, a Themed Tarot Deck was available as a Pre-Order Bonus. 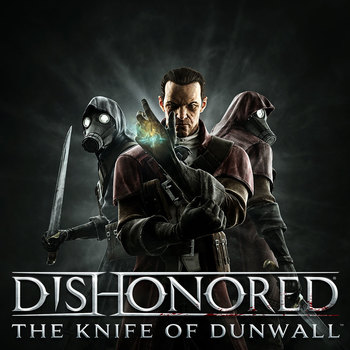 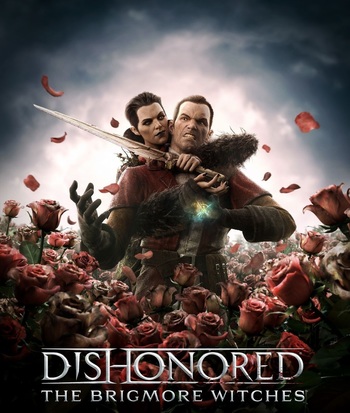