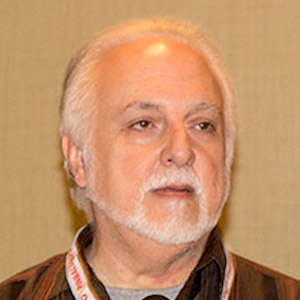 John Trudeau is a veteran pinball engineer, artist, and designer who has been in the field for over thirty years. He is affectionately known by fans as "Dr. Flash", a nickname first given to him by fellow pinball designer Python Anghelo.

Trudeau started in the industry in 1979, working as a game tester for a pinball company called Game Plan. He was soon promoted to foreman of the testing line, then became recruited to the engineering department after his artwork was noticed. Unfortunately, Game Plan quit the pinball industry before any of his games were released.

Wishing to continue designing pinballs, Trudeau joined Gottlieb in 1981. There he rapidly developed many designs, whereupon Gottlieb management would pick and choose which ones would go into production. After the video-game shakedown of The '80s, the pinball division was reformed as Premier Technology, and John Trudeau ended up as the only remaining designer. He eventually rebuilt Premier's design division, but left the company in 1990 for Williams Electronics. The slower pace and creator-oriented atmosphere at Williams allowed Trudeau's work to flourish even further, attracting more fans with a variety of layout designs.

In 2008, John Trudeau became the inaugural inductee into the UK Pinball Hall of Fame. He worked with UK pinball manufacturer Heighway Pinball on a new game design, and was hired by Stern Pinball in 2013.

, Trudeau was arrested and charged with alleged possession of child pornography. Stern Pinball later announced that Trudeau was fired from their company. The situation was complicated by further charges but eventually Trudeau plead guilty to two charges and was sentenced to three years imprisonment in January 2019