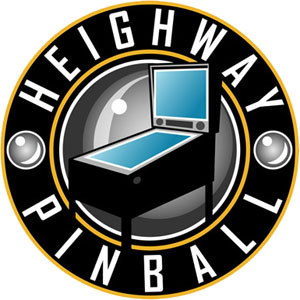 is a manufacturer of arcade pinball machines, located in Ebbw Vale, South Wales. Founded by pinball operator, distributor, and enthusiast Andrew Heighway in 2012, it is the United Kingdom's first major pinball company.

Heighway Pinball's games feature modular mechanisms and easily-replaceable playfields, which are embedded with 10.4" color LCD monitors. Optional LCDs to install in the backbox and entertain spectators are also available. Notably, an entire game can be replaced in 3.5 minutes

The company's first game, Circe's Animal Housenote based on a party thrown by the Greek sorceress from The Odyssey, was rethemed to Full Throttle and shipped in January 2015. Poor sales forced Heighway Pinball to prioritize development on their second title, Alien. However, the game suffered a contentious production due to design changes, unreliable and unavailable parts, Executive Meddling from 20th Century Fox, and several key personnel leaving the company (including Heighway himself

Games from Heighway Pinball include: