A list of characters from NieR: Automata, its sister series YoRHa, and their associated tropes. 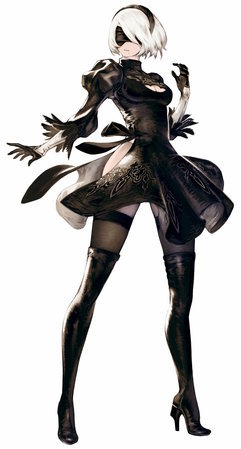 A blade of quiet will.
Voiced by: Kira Buckland (English), Yui Ishikawa (Japanese)
"...Emotions are prohibited."

The main heroine of NieR: Automata, she is an android named "YoRHa Unit No. 2 Type B" (or 2B for short) made by humans. 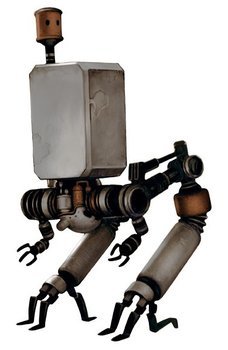 The Pod designated to 2B.

Forlorn kindness and soul.
Voiced by: Kyle McCarley (English), Natsuki Hanae (Japanese)
"Shut up...SHUT UP! What do you know? You don't know anything at ALL about us!"

A male-model YoRHa unit who accompanies 2B. As a Scanner, he is mostly tasked with reconnaissance and assessment of the area. He is very kind and gentle and enjoys working with others. 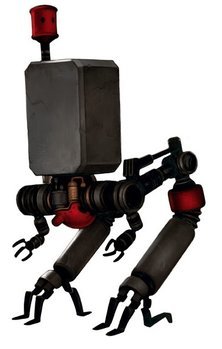 The Pod designated to 9S.

A prototype unit that was used to create newer, upgraded YoRHa units like 2B and 9S. She has been operational for quite a long time. She doesn't talk much and prefers to stick to herself. First appeared as Number Two in the YoRHa stage play. 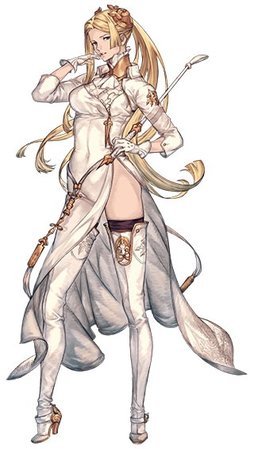 A Defense Unit that 2B later meets at the Bunker. 16D tasks 2B with retrieving information about 11B's fate after the prologue.

A healer unit that works with numerous Pod 006 as a mechanic in an undersea base. Appears in the strategy guide short story "A much too Silent Sea".

The leaders of the remains of humanity on the Moon, the Council issues orders to YoRHa and waits for the day that humanity can return to its homeworld.

The leader of the YoRHa squadron that fought in the battle of Pearl Harbor. When she was killed mid-descent, A2 was placed in charge of her squad.

While the YoRHa androids are the protagonists, they are not the only androids on Earth, nor were they the first. The surviving androids from Earth's previous civilization are still around and help out against the machine invasion as a resistance force. 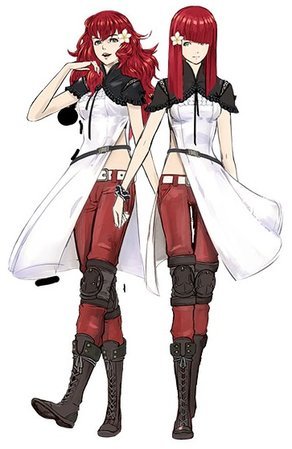 Voiced by: Eden Riegel (English, credited as Claudia Lenz), Ryoko Shiraishi (Japanese)
"We have to atone for our sins no matter what!"
Anemone 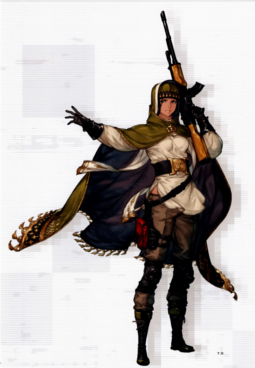 The leader of the android Resistance in the Pacific still residing on Earth. 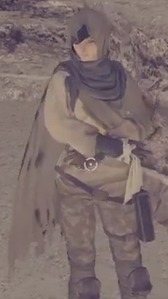 A data analysis officer and member of the Resistance. She performs experiments as her hobby. 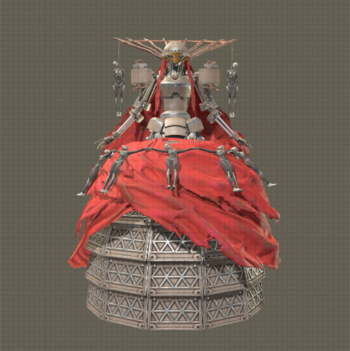 A feminine machine lifeform and opera singer encountered by 2B and 9S in the amusement park. Once a regular, small machine lifeform, she fell in love with another machine lifeform called Jean-Paul and sought to become beautiful by all means necessary so he would reciprocate her love for him. 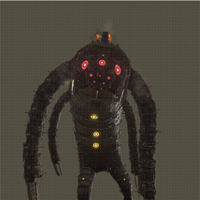 "The child held sway over enormous strength. But sadly, he was also a little bit broken... He spent his long days hurting those around him. He tried his best to be good and kind. But despite his efforts, things never seemed to turn out. They told him he was unwanted... They abandoned him in the deep, dark ocean. And from the cold at the bottom of the sea, he cried out... Mother... Mother... Mother... Mother... But his voice never reached his mother."
— Background story, route B. 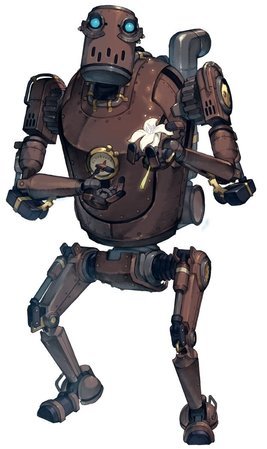 Voiced by: Alexis Tipton (English), Aoi Yūki (Japanese)
"My name is Pascal. I'm the leader of this village. Those who reside here desire nothing more than to live a peaceful existence." 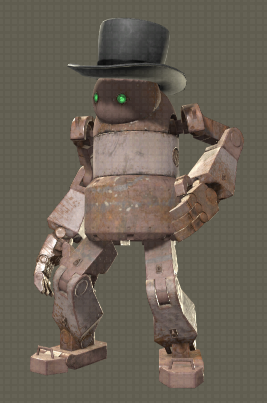 A member of Pascal’s village and a popular philosopher.

"The machine lifeforms who formed a colony in the abandoned factory worshiped this particular unit as their founder. He has since ceased to function, which his followers take as proof that he became a god."

A humanoid machine created in the middle of battle during a melee in the desert with 9S and 2B, when a horde of machines converge to create a new form of mechanical life. An android, if you wanted to get technical, but one allied to the machine lifeforms so everyone still calls him a "machine," himself included. Though barely able to speak at first, he quickly adapts to his birth by combat and becomes an incredibly dangerous and intelligent foe. When struck down, another humanoid machine just like him, Eve, emerges from his body. 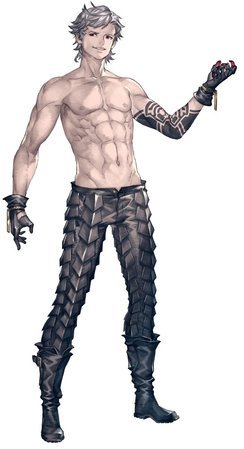 Voiced by: Ray Chase (English), Tatsuhisa Suzuki (Japanese)
"As for your beloved humans... I guess we'll see, won't we?"

Another humanoid machine born from Adam's wounds when he is stabbed by 2B and 9S, Eve is his brother's opposite in personality and appearance, impulsive and prefers to talk with his fists. However, Eve nonetheless greatly admires his older brother and is more than willing to overload the entire machine network if harm comes to him. 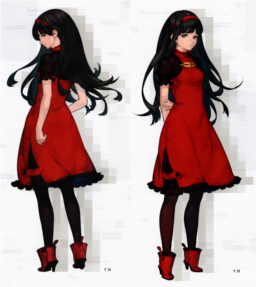 A machine wearing a gi who thinks of 2B and 9S as his pupils. If you bring him the right parts he'll become stronger.
Plato Model No. 1728

My name is Plato 1728. I am a Bio-machine, created to invade the Earth……but, I’m somehow different from my friends. I can’t speak nearly as well and I’m really leaky. You know, I’m probably a defect.
I WILL DECIDE WHAT IS IMPORTANT TO ME. I DON’T CARE IF I’M HATED BECAUSE OF IT. I WILL USE THIS LIFE FOR THE WORLD I ENVISION.

A seemingly-defective Machine Lifeform unit temporarily controlled by the player in the 3C3C1D119440927 DLC pack and the subject of the Machine Spear weapon story.
Prometheus

A legendary figure among machine life-forms. Appearing one day from a volcano, this god of fire spoke to the machines, granting them "Consciousness, pain, joy, misery, fury, shame, desolation, the future. The meaning of life." Touched on only briefly in Nier: Automata itself, his story, which is closely tied to the first Nier game, is told in a novella titled "The Fire of Prometheus". 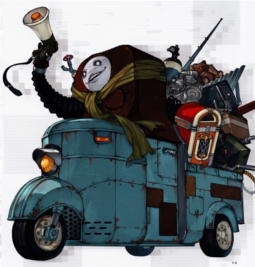 "My stuff's so cheap
That you will not believe
How much you can save,
So swing on by!"
Voiced by: Julie Ann Taylor (English), Mai Kadowaki (Japanese)
"Even if it's pointless, we still have to do it!"

A strange skeleton-like... head? that is initially found inside the body of a Machine Lifeform. Emil eventually shows up again with his head bolted to an auto rickshaw, driving around the abandoned city while blaring a strange song into a loudspeaker. If you can manage to stop him (forcefully), he will sell you a variety of rare materials, upgrade chips and even a new weapon or two.