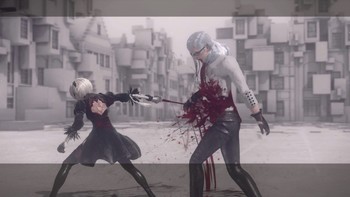 Combining Taro Yoko with PlatinumGames, the same company behind the likes of the Bayonetta series, Metal Gear Rising: Revengeance, and The Wonderful 101, it's most certainly a given at this point that there be a dedicated page for awesome moments.